Let’s start with a famous example of a short squeeze. Everybody knows about the furore concerning GameStop Corp. To remind you, GameStop is a listed company that sells video games and consumer electronics.

Based in Texas, it is the world’s largest video game retailer with over 4,800 stores. However, sales took a downturn due to increasing sales of online games.

Following a failed private equity sale, sales nosedived by 27% in early 2019; the company posted a loss of $670 million against a $34.7 million profit the previous year.  When the pandemic lockdown forced  GameStop to close many stores, the business struggled to survive.

Unsurprisingly, many institutional investors short sold the stock to such an extent that over 140% of public shares were shorted.

However, several traders considered the stock undervalued and invested significantly. Many Reddit users piled in, triggering a short squeeze and elevating the share price substantially.

Over two weeks in January 2021, the price increased by a staggering 1,500%. Many retail traders made significant profits though hedge funds that had shorted the shares lost $6 billion.

So what exactly is a short squeeze?

The result is cascading purchases and ever-increasing prices. In a nutshell:

Meme stocks are shares that have achieved a large following on social media platforms such as Reddit. GameStop is probably the first widely recognised meme stock. Such online communities can significantly affect share prices and trigger short squeezes on heavily shorted stocks. 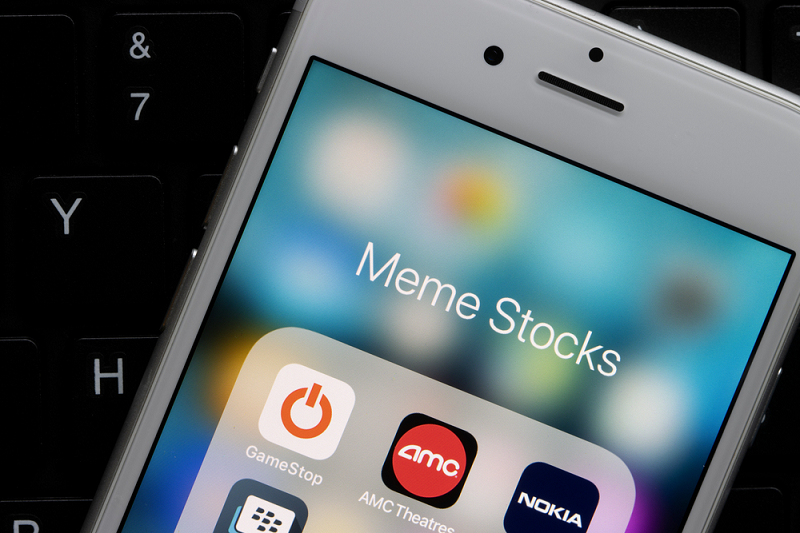 With good timing, members of meme stock communities can raise and maintain stock prices above their fundamental values and thus make significant profits. So how do you find meme stocks with short squeeze potential in which to invest?

There are several factors to consider when identifying stocks with short squeeze potential. These include the time to cover ratio and the shorted percentage of traded stock.

Timing – the essential element in a successful short squeeze

Timing is crucial. If you get the timing right, a short squeeze can generate significant profits.

However, timing a peak is not always possible – there is a substantial risk of getting it wrong. So make sure you get out on time – while many amateur traders made handsome returns on GameStop, others were less fortunate and were left holding stock after the price fell.

Whether you are looking for short-squeeze stocks or another strategy, it’s worth checking out our list of Winning Trading Systems here.

Best Social Trading Platform
Does Copy Trading Work?
How to Control Your Emotions in Trading