Nothing in this article is intended as investment advice or recommendations and is for information purposes only. Data collected from third-party sources and whilst every effort is made to ensure accuracy, this cannot be guaranteed.

Penny stocks have an almost mythic quality for many investors – the chance to buy shares in a company when it is small and see it grow into a behemoth and reap huge returns.

There are stories of investors like Tim Sykes who supposedly made a fortune trading penny stocks.

What is the reality with penny stocks though – are returns actually any good and how many of them actually succeed? We take a look below.

The Romance and Appeal of Penny Stocks

There are some famous stories about penny stocks that have gone on to be massive success stories, adding a lure and romance to them for the everyday investor.

These include companies such as Monster Beverage, which traded at less than a dollar a share in its early years before reaching over $90 in 2021. Those who bought it early on and held until those highs in 2021 would have seen gains of over 100,000%.

Perhaps most famous of all however is Apple. The computer manufacturer was almost worthless back in the nineties, trading as low as $0.30 per share in 1999.

That was before co-founder Steve Jobs regained the reins of the company however and revived its fortunes, reinventing Macs and introducing iPods, iPhones and the app store that saw the company become the most valuable in the world, with a market capitalization of over $2tn.

Shares in Apple traded at over $170 during 2022, which adjusting for the stock split in 2020, equates to $680 versus the pennies it traded for in the 1990s. Quite phenomenal gains for those fortunate enough to hold the stock during that run-up.

Stories like these can be quite romantic and draw people towards penny stocks, in the hope of landing the “next Apple.” However, before going down that route it is important to know the cold, hard truth about penny stocks and sadly it is not quite so rosy.

Firstly it is important to note that penny stocks are generally not traded on the main stock exchanges like the Nasdaq and New York Stock Exchange (NYSE). Instead they are traded “over the counter” (OTC), which is essentially a network of companies that trade cheap stocks through a group of dealers and brokers.

The OTC market has loose regulation compared to the major stock markets and its reporting requirements for companies are less strict.

Two separate studies have looked at penny stocks traded on the OTC markets and the results have not been very favorable:

Even taking into account the fact that penny stocks have a higher risk level and are less liquid, the returns were still found to be woeful. A portfolio of OTC stocks was found to underperform a portfolio of listed stocks by 24% per year. 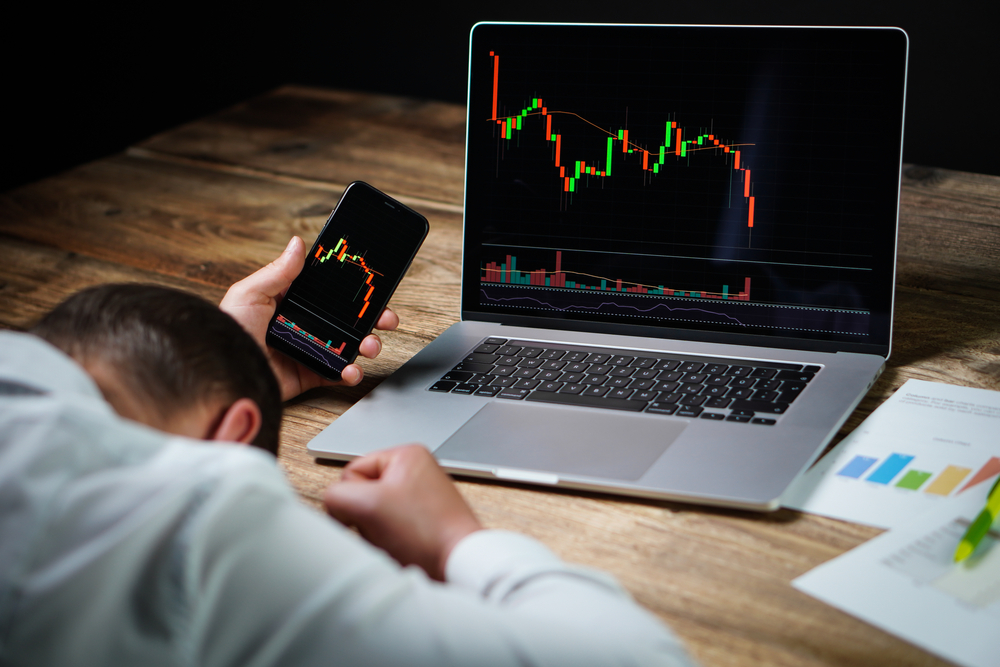 At the same time, OTC stocks are also twice as volatile as listed stocks, which is perhaps to be expected but just adds to the risk in trading them.

Some would argue that whilst it’s tough to make money from investing in penny stocks long-term, you can still make a good return from trading them in the short-term, whether it’s through jumping on a hype-train and getting out quickly or seeking out a “hidden gem” before others have heard of it.

Sadly the numbers are almost as bad when it comes to trading penny stocks in the short-term however: returns of traders are still -13% on penny stocks with an average holding time of just over two weeks.

Considering some of the enormous returns of companies like Apple and Monster Beverage mentioned above, it is perhaps not surprising to find that returns in the OTC market are significantly skewed by a few stocks that produce outsize gains.

Indeed, a study found that 25% of OTC stocks actually lose 99% of their value – an alarmingly high number. We are not sure how many people would invest in penny stocks if they knew that one in four of them effectively go bust.

Equally though, a few stocks with “Lottery-like returns” made up the lion’s share of the gains on the OTC market, meaning it is a very skewed market by a small number of big winners. As we have seen though even these big winners can’t make up for the losses of all the other stocks, as the returns of the OTC market on average are strongly negative.

This skewed return pattern of the OTC market was also found to be larger than that of the NYSE and Nasdaq markets.

Why Are Penny Stocks Such Poor Performers?

Given the lackluster returns of penny stocks, it might be worth asking why this is. Many people mistakenly think penny stocks offer good returns because there is the chance to “get in early” when a company is small and see it grow.

The reality, as we have seen, is quite different however. Here are the main reasons for that:-

In essence then it’s a combination of factors that make penny stocks poor performers. They are more akin to risky “bets” than investing in large companies on the stock market that report detailed financial results regularly and have a track-record of success and millions – or billions – in profit under their belts.

Not Even the Smart Money Does Well on Penny Stocks

You may be thinking that a lot of the losses on penny stocks are probably made by people who are duped into questionable schemes and that smarter, more sophisticated investors would still be able to do well.

However, the reverse is true. Studies have found that the typical penny stock investor is actually wealthier and better-educated than the average investor.

All in all then, it seems the only smart thing to do when one sees the full picture about penny stocks is to tread very carefully, or stay away entirely.

You can check out some better opportunities here though in our list of systems that have passed a trial here on our site.