Leverage is a fundamental characteristic of forex trading, yet the advantages and disadvantages of leverage are often poorly explained to new traders. Many brokers advertise leverage as a benefit, offering as much as 1:2000 leverage, making it feel like free money, which it absolutely is not.

Although leverage is a powerful tool when trading forex, it can have disastrous consequences on your trading account if misused. Leverage is often explained as a double-edged sword, meaning while you can use it to attack the markets, it can just as easily cut you in the process.

This article explains what leverage is, how it works and describes the advantages and disadvantages of leverage.

Leverage is a common phrase used in financial markets to describe a process where a broker provides a loan for the sole purpose of providing traders with greater exposure to financial products.

Leverage is available in several financial markets, such as forex, CFDs, futures, options and other transactions. However, in this article, we’ll focus on how the advantages and disadvantages of leverage apply to the forex market.

A home mortgage could be considered leverage. The home is the position, the margin is the deposit, and the leverage is the mortgage. If you buy a house with a 20% deposit, it means the mortgage is essentially leverage of 1:5.

How Does Leverage Work?

To understand how leverage works, let’s reflect on how a lever works. You can use a lever to generate greater force, reducing the effort required to move a load. The longer a lever is the less force required to move the load.

If we translate that notion into a forex trade, the load is your position, for example, one lot of EUR/USD. The lever is the amount of leverage provided by the broker, for example, 1:200. Finally, the effort is the initial margin, which in this case would be €500.

Leverage works as a lever, and the more financial leverage you apply to a position translates to having a longer lever, meaning less force is required to move the same load.

The downside to leverage is that bigger positions amplify the impact of profits or losses. Higher leverage often implies smaller account sizes. Consider that the pip value of one lot of EUR/USD is $10; it only takes several pips to blow a hundred-dollar account.

What are the Advantages and Disadvantages of Leverage?

So far, everything seems very simple, the more leverage you apply to a position, the less money you need to open significant positions in the forex market. But there are notable downsides, which can lead to rapid losses and even blowing up your account.

As much as leverage can help to generate profits, it can easily lead to quick losses. Leverage is not a shortcut to gains; it’s an increase in liability that can quickly go against you.

The ease of access to leverage enables inexperienced traders to open larger positions and take on substantial risk. Leverage can be easily misused to trade too frequently and hold many positions concurrently.

The most significant disadvantage of leverage is that it can lead to a margin call and even stop-out. When the unrealized losses of a highly leveraged position accumulate, it can lead to your broker automatically closing your position and realizing those losses and leaving you with a blown account.

In extreme circumstances the damage can be even worse: back in 2015 for example, the Swiss Franc decoupled from the Euro, causing the Euro to drop over 40% against the Franc and triggering epic losses for traders.

In the chaos that ensued, some traders owed their brokers substantial amounts of money as the currency pair “gapped” and went well beyond traders’ stop losses. Some brokers went bust as a result of having unmanageable losses they could never hope to reclaim from traders, many of whom went bankrupt.

Almost instantly after the Swiss central bank announced their decision to decouple from the European currency, the Euro had fallen 30%, leaving that trader looking at losses of $60,000. 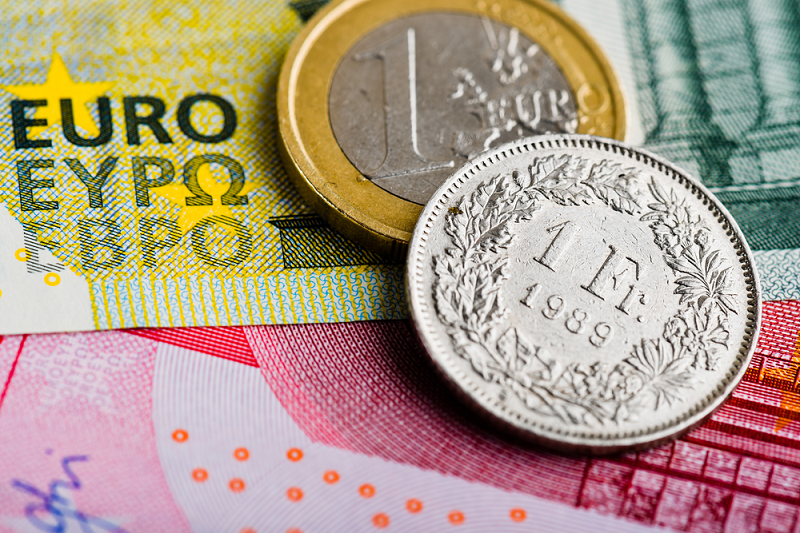 In normal circumstances the trader may have had a stop loss in place, but in this case unless using a guaranteed stop loss (and checking the fine print), it would have been useless as the currency pair instantly fell well beyond stop loss levels and what most people thought possible.

This may be an example of a “worst case scenario” (or close to it) but it illustrates in stark terms exactly what leverage is – a broker lending you money to make a trade.

You should only ever borrow an amount on leverage you could actually afford to pay back if the trade went dramatically against you as in the case of the Swiss Franc/Euro in 2015. Anything more than that and you are exposing yourself to potentially life-altering losses.

Partly in response to the Swiss Franc/Euro incident, the European Securities and Markets Authority (ESMA) introduced new rules on leverage and margins in 2018 to protect inexperienced traders from making significant losses. These rules were also adopted by the FCA in the UK. The new rules limit leverage to between 30:1 and 2:1 depending on the instrument.

These leverage restrictions are more in line with those in the US and Japan, which have limits of 25:1 and 50:1 respectively.

Leverage helps you to profit from small price movements and short-term positions. For example, a €1000 forex position without leverage would require a 100-pip price movement to profit $10, whereas a position of 1-lot of EUR/USD requires a movement of just 1-pip to gain $10.

Why Do Brokers Offer Leverage at all?

If such catastrophic losses as those described above in the Swiss Franc/Euro incident can occur and lead to brokers going bust, you may wonder why they offer leverage at all, particularly when it can be disastrous for them as well as traders.

The simple answer is that it enables a lot more people to enter the forex and commodities markets than would otherwise be possible. If traders had to stump up the full value of their positions up front, only a small percentage would have the capital to do so and make it worthwhile.

So brokers are effectively enabling people to trade. The sad fact is though that many traders do not fully understand leverage and greatly over-expose themselves to large losses without realizing it.

This is one of the main sources of profit for brokers as traders have their over-leveraged positions closed out. Many brokers take the opposite side of their customer’s trades – effectively betting against them. Brokers know that 70-80% of traders lose money, so they can do this safe in the knowledge that they will very likely profit in the long run from doing so.

Why You Should Limit Your Use of Leverage

Studies have shown that accounts that are the most over-leveraged in comparison to their account balance tend to lose the most money, whilst those using least leverage tend to make the most profit. The relationship is fairly linear.

There is a clear lesson in this – evidently those who use a low amount of leverage are able to ride out the often wild fluctuations in the market and see their positions reach their eventual target. Those who are over-leveraged however often get stopped out or blow their account before their trades even get a chance to play out – which is a shame as they may have had good instincts about a trade or instrument but just not understood leverage correctly.

Those using a low amount of leverage compared to their account balance probably also have a better understanding of risk and how leverage works – they may have even been burned by it in the past and learned their lesson.

Either way the statistics show that these traders are much more likely to be successful long-term and it is them we should be looking to emulate in our own trading.

Look to improve your trading with our top-rated systems that have passed a live trial on the site here.

Nominal vs Real Exchange Rate - What's the Difference?
How to Use the Supertrend Indicator
Which Moving Average Crossover is Best?