Bill Lipschutz has garnered a massive reputation amongst the forex trading community, which is no surprise given his outstanding ability to spot opportunities and the precision of his timing when opening and closing trades.

However, he wasn’t always so successful. As a student, he was lucky enough to inherit $12,000 in shares from his grandmother. Relying on his innate talent for investing, he rapidly turned that into $250,000.  Unfortunately, possibly bowled away by his precocious success, he managed to lose it all in a string of bad calls. Putting his losses down to poor money management, and we can’t help but agree with his conclusion, he decided to continue with his quest to become a successful trader.

Born in 1956 in Farmingdale, New York, he was a high performer at school with an aptitude for maths and tennis. He went on to Cornell University where he majored in Fine Arts gaining a BSc in architecture and subsequently earned an MBA from Cornell based Johnson School of Management.

Lipschutz devoted much of his spare time investing the capital he made selling his grandmother’s stock. Many of his hours were taken up in detailed research into markets, and, as we have mentioned, he soon grew his portfolio to $250,000, all lost in a couple of bad decisions.

He also met his future wife, Lynnelle Jones at Cornell. 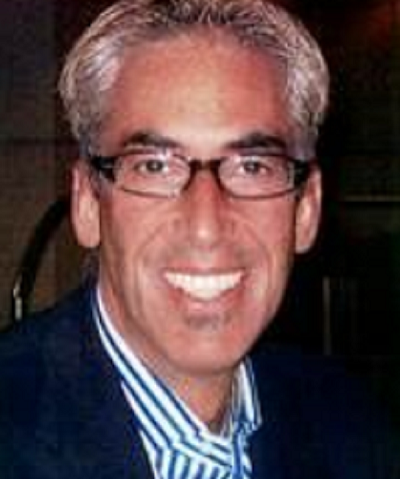 In 1983 he joined Salomon Brothers, a notorious New York-based investment bank later to become part of Citigroup. The firm had a reputation for paying big bonuses to successful traders, and Lipschutz soon became one of them, earning the forex branch around £300 million year on year. By 1988 he was director of two subsidiaries with a reputation of being one of the world’s top forex traders.

However, two years later Lipschutz decided he had had enough of the high-pressure lifestyle of trading and took early retirement, though this didn’t last for very long. In 1990 he became President and CEO of the North Tower Group which was part of Merrill Lynch Corporation. The following year he formed Rowayton Capital Management where he acted as president and CEO until 1995.

In 1995, along with some friends  Lipschutz formed Hathersage Capital Management, a forex asset management firm and took on the role of Principal and Director of Portfolio Management. The company managed assets for a range of institutions including pension funds, endowments, private banks, family offices and high net worth individuals.

Through Hathersage, Lipschutz trades G10 currency pairs and plain vanilla options on them. He says that there are two basic approaches: tactical, momentum-driven or strategic, macro fundamental. His philosophy is to know all that can be known about the sector and the instruments employed. His firm works round the clock seeking opportunities to apply their vast experience to exploit both short-term price dislocations and long-term changes in valuation.

Lipschutz says that what makes Hathersage different from other hedge funds is the unique way they construct portfolios which he describes as “positive convexity”, in other words, selecting assets that experience larger price increases as yields fall.

He believes there have been substantial changes between how the forex market moves and operates today compared to how it did when he founded Hathersage in 1991. Today’s market, he says, favours strategic over transactional. Liquidity is low; there are fewer market makers; information flow is restricted, and there are fewer experienced participants in the sector.

The last thirty years, he says, have seen a reversal of supply/demand. Before the mid-1990s, demand drove prices, but since then, supply has been the driver. Another critical difference is information dissemination. Information is now available almost instantly, so there is no longer an edge to having early access to information. Everybody knows all there is to know at the same time.

You may not be able to make millions like Bill Lipschutz, but you can become a more successful forex trader by checking out our list of winning forex systems that have passed a trial here on the site.