How many Forex traders make millions, and how many of these successfully hang on to them? History is peppered with rags-to-riches-to-rags stories, and we can certainly learn lots from them. Including what not to do after we make our first million.

But we are more interested in those investors who hang on to their millions and possibly go to make millions more.  One of the leading examples of somebody in this category is Bill Lipschutz, and you will find an in-depth profile on that unique character in another article, but here are some others who have made it to the top.

Born in Budapest, he fled Hungary aged 17 in 1947 to make his home in England. He gained a degree at the London School of Economics and a PhD at the University of London. He began his financial career at various U.K. based merchant banks initially, and subsequently in the United States.

He launched his first hedge fund, Double Eagle (subsequently named Quantum Fund), in 1969 and his second hedge fund, Soros Fund Management, the following year. Under Soros management, from assets of $12 million at its inception, Quantum Fund grew to £25 billion by 2011. 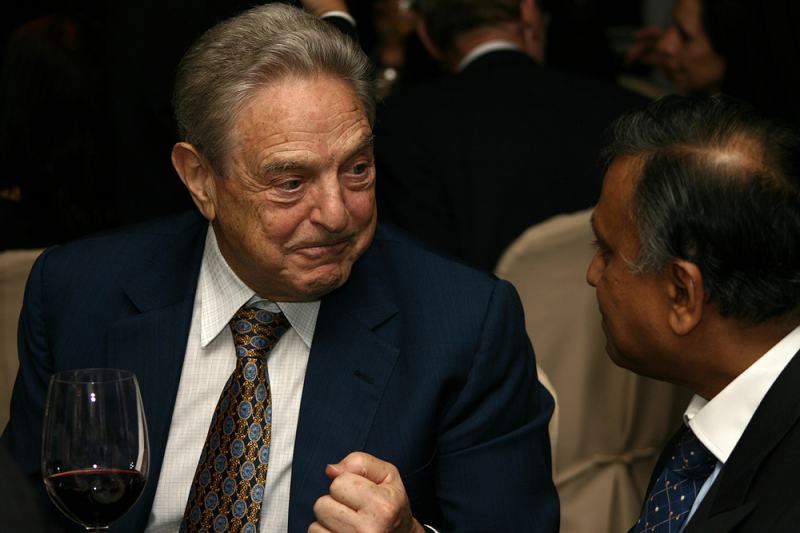 One famous moment of notoriety was when Soros short sold $10 billion worth of GBP netting a profit of £1 billion during the 1992 Black Wednesday currency crisis, proving there is no room for sentiment when trading forex. For some months he had been building a short position in GBP. He had realised that Britain was facing various dilemmas including high inflation, an unfavourable position in the European Exchange Rate Mechanism (EERM), and interest rates that were adversely affecting asset prices.  Subsequently, Britain withdrew from the EERM and devalued the pound.

Soros was involved in several more currency crises including those of Finland and Asia. Many have accused him of orchestrating and triggering the crises, and he is the focus of multiple unfounded conspiracy theories.

According to Forbes, as of March 2020, his net wealth amounted to £8.3 billion making him the 162nd wealthiest person on the planet.

Now into his early seventies, Bruce Stanley Kovner manages a highly successful hedge fund, CAM Capital, which he established in 2012. He had a mixed upbringing. While he was attending Harvard College doing a PhD, his mother hanged herself. He did not complete his PhD but get involved in various activities including political campaigns, writing, learning to play the harpsichord, and driving a cab.

He began trading commodities in 1977, funding investment of $3,000 in soybean futures on his credit card. His investment reached $40,000, but he sold after it had fallen to $23,000. He described the experience as a tough way to learn risk management.

He went on to become a trader at Commodities Corporation where his profits ran to many millions. His trading style is considered to be sober and objective.

As of September 2014, his net worth, according to Forbes, was $5.3 billion. Some consider him a little eccentric as his New York City mansion includes a lead-lined room designed to shield him from radiological and biological attack.

Our third and final millionaire forex trader is someone very different from the legendary traders we have so far described, and perhaps Luke Blackburn is easier for us to relate to. He didn’t study in elite universities or receive vast amounts of backing from his family. In fact, educationally he achieved just four GCSEs and, although gaining a place to attend college, he soon dropped out, preferring to spend his time watching YouTube educational videos on how to trade forex.

He must have paid meticulous attention to them. Aged just 23, he claims to have been so successful trading forex that he has bought three houses and various expensive cars.

He started trading aged 18 with a £1,000 loan. His goal had been to supplement his earnings as an apprentice with just a few hundred pounds a month. He seems to have exceeded that and claims he now makes between £15,000 and £50,000 a month from trading profits and earnings from teaching trading. His total assets total over £1 million, though he describes himself as an ordinary working-class guy from Hull.

You may not be able to become a millionaire forex trader like these guys, but you can take a look at the trading systems that have passed a live trial here on the site.