Below we take a look at the London Daybreak Strategy – including the significance of the London trading session – and provide two separate examples for buy and sell trades.

The London trading session is one of the most anticipated trading sessions. Historically, London has always been a major trading hub, and even today approximately 40% of all Forex transactions take place during the London session.

The session is sometimes also called the European trading session. That’s because other major financial hubs in Europe like Zurich, and Frankfurt open around the same time. The London session overlaps with the closing of the Asian session and the start of the American session.

Trading Activity in the London Session

The trading activity reaches its peak during this session. The opening hours have the highest volatility, and generally the high or the low of the market is created during these hours.

It happens because most of the institutional traders, banks, and other significant market players place their trades around the start of the London session. The other reason for the high volatility is the Asian traders who square off their positions to avoid unexpected movement during the London session.

The high volatility and increased volume attract traders across the globe and make the London session extremely lucrative. It is the reason for having so many strategies associated with the London trading session.

One such strategy is the London Daybreak Strategy, also known as London Breakout Strategy. The strategy has been around for years and has many variations. However, The essence remains the same. Let’s go through the strategy details and understand it using a couple of examples.

The London daybreak strategy is a short-term or simply a day trading strategy. The strategy is based on a breakout from the previous trading range established during the last Asian session.

The concept is that the Asian session has very small liquidity, and the price moves in a narrow trading range. The market has no drive to move beyond the narrow range.

However, when the London trading session starts, traders from London and other European markets also join and It builds up the liquidity. The idea is that the first price impulse at the start of the session sets the price direction of the entire session.

It is a fairly simple idea to determine the future price direction. Now there are a couple of ways to implement the London Daybreak Strategy. One of the ways is to set the chart interval to 1 hour and find the trading range from the last 6 candlesticks of the previous Asian session.

The most basic method to determine the trading range is to draw a price channel using the highs and lows of the last four candlesticks. Once the range is established, the idea is to wait for a breakout around the start of the London session and place the trades in the direction of the breakout.

The other way to use the London daybreak strategy is to set the chart at the two-hour interval and use the first candlestick of the London session to determine the trading range.

To understand the London Daybreak strategy, let’s take the example of the following GBP/USD Chart. The chart is set at a 1-hour interval and the narrow trading range in the Asian session is highlighted using two parallel trend lines. 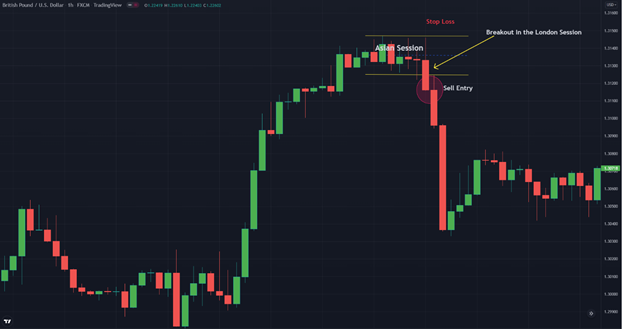 Now let’s take the example of a buy trade using the London Daybreak Strategy from the following GBP/JPY chart. The chart is set to a 1-hour interval and you can see the highlighted narrow trading range in the London Session. The trading range is determined using two parallel trend lines.

Following our strategy, a buy trade is immediately placed after the breakout. The stop-loss is kept just below the trading range of the Asian session. Following the indication from the first candlestick of the London session, the pair continued to rise in the coming hours and gained well above 100 pips before the closing of the session. 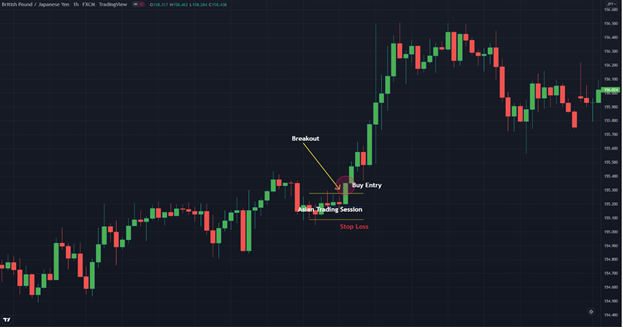 If you’re looking for some more top trading strategies, you can check out our list of winning systems here.

Marty Schwartz - The Trader who Made Millions
What are the Advantages of Short Selling?
What Does Over the Counter (OTC) Mean?