If it were that easy, everyone would do it, right?

It’s actually pretty hard to always stay disciplined though. It’s human nature to become disappointed when things go against you, to experience emotions that influence your decision-making and to do things on a whim.

To become a disciplined trader can take years of work and of lessons learned the hard way, forcing you to adopt better habits. Many traders never really master it and are forever getting in their own way.

To a certain extent, being disciplined is partly about each trader’s own psychological make-up and how they react to winning and losing trades. However, you can actually go a long way to becoming a disciplined trader by following certain steps in your trading.

If you stick to them, you can actually largely take emotion out of the equation and put yourself ahead of the vast majority of traders who lack discipline and trade erratically.

It does mean following a gameplan and sticking to it fairly rigidly though. We take a look now at some of the key steps involved.

Okay so let’s have a look at some of the key steps you can take to become a more disciplined trader and set yourself apart from the vast majority of other traders.

It can sound obvious but one of the fundamental elements of becoming more disciplined is making sure you follow a set strategy. It’s amazing how many traders trade without a plan, just on what they “sense” will happen in the market and without clear parameters around risk or at what point they would exit a trade.

Others have a strategy, but are quick to chop and change and search for a new strategy as soon as they hit a couple of losing trades.

If you look at professional traders, they all have clear strategies that they follow and set conditions under which they will enter and exit the market. To emulate them you will need to do the same and not just trade erratically without a clear plan.

Have a strategy written down, which sets out the conditions you will enter the market under and why, together with exit conditions as well.

Then only enter a trade when these conditions are met and don’t trade just because you have the urge to or have seen a “hot tip” on social media.

If you trade according to a clear plan your chances of success will be much higher and you will be much more disciplined in your actions, eliminating the unnecessary trades and focusing only on those ones which fit your criteria as a good set-up.

It follows on naturally from having a set strategy to then ensuring you keep records of all your trades. This will help you to stay disciplined in that you will see the trades that have gone wrong and any silly or unnecessary trades you took.

It will also help you to see what your overall profit and loss is, which is a good way of keeping yourself in check and adjusting your staking levels as appropriate.

Again it naturally follows on that if you are keeping detailed records of all your trades, it allows you to analyze your results. This is a discipline in itself and is something all top traders do. It will allow you to see which ideas are working and which are not, helping you to refine your approach further.

It should also help you with sticking to the gameplan and not deviating into “impulse trading” because you will be reminded of those errors when analyzing your results.

The use of stop losses is debated in the trading community, with some people claiming they are not useful because brokers manipulate them to close out positions.

However, that is not a reason not to use stop losses, but rather to find a trustworthy broker who does not trade against its clients’ positions.

Stop losses are used by the majority of professional traders. As Tony Saliba said, “I always define my risk, and then I don’t have to worry about it.”

There is a temptation to want to see how a position plays out, or to give a losing position a chance to bounce back. Those are not approaches of serious traders though.

All too often an undisciplined trader without a stop loss will allow a losing position to carry on losing – or worse will “double down” by taking on another position in the hope the trade bounces back. Or they will panic and do irrational things when the market swings suddenly.

Having a stop loss in place removes all of these temptations and allows the trade to play out to its set parameters. You don’t have to second guess yourself or worry about how low you will let a trade go before taking action. Using stop losses should be an essential part of a disciplined trader’s routine.

As alluded to above, another trait of an undisciplined trader is to suffer from the urge to go chasing losses. As Josh Brolin pointed out: “When the losses happen, you can’t buy more & more because you’re sure it’s going to bounce. We call that revenge trading.”

It’s probably something we have all done at one stage or another. Sometimes it happens because we have just had a trade go agonizingly against us after it was just a few pips away from its target price. Or perhaps there was some piece of bad news that came completely out the blue and we feel hard done by.

Whatever the reasons for it, this “revenge trading” can be very destructive and result in some serious losses. So how to avoid it?

Following the steps above should at least help to avoid it, but ultimately there is no way to completely avoid it. The buck stops with ourselves.

All you can when you are tempted to chase your losses is to stop, have a think and ask yourself why you are doing it. Remind yourself that it rarely ends well. Reflect that there will be countless other good trading opportunities in future, and that with the last trade you just got unlucky or things didn’t fall your way.

If you can manage not to put on that “revenge trade” then commend yourself, recognize that you are improving as a trader and becoming more disciplined and are more likely to succeed long-term as a result.

That is the best way to deal with it and over time if you can keep doing this, it should become something you don’t even consider and is only for amateur, ill-disciplined traders.

One of the major errors traders make is to overestimate how much money they can make from trading. In many ways that is understandable given how much hype there is online around certain trading systems and with myths of “easy money” being perpetuated across social media.

However, when traders find it is much harder in practice to turn a consistent profit they can become frustrated. This can lead to erratic trading, taking on big risks and the kind of ill-discipline that can lead to large losses.

So to start out with realistic expectations can help us avoid this kind of behavior. Keep in mind that around 80% of traders lose money overall, so to turn any kind of profit is an impressive feat.

Try and set your goals to build your returns slow and steadily, with the possibility of compounding them over time. Welcome any profits you make and learn to accept there will be losses along the way. If you go in with this mindset, you will be less likely to engage in erratic trading resulting from frustration that you aren’t instantly making millions.

A sure sign of a lack of discipline is a trader who uses wildly different lot sizes (or trade sizes) for different trades, particularly if there isn’t much logic behind why they are doing so. 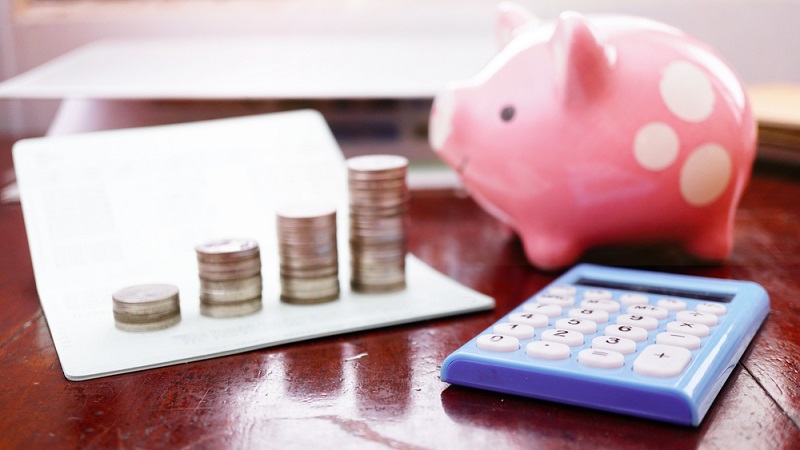 Following such an approach is not only sensible but will also help to keep you focused on the actual trades rather than having to worry about how much you should be risking.

It will also mean you only increase your stakes as your capital grows and in proportion to it, so it should be something that only changes gradually and is manageable.

Bruce Kovner once said “If you personalize losses, you can’t trade.”

This is very true and goes to the heart of being a disciplined trader. It is also perhaps the hardest thing to do, as naturally we can become emotional about losing trades and blame ourselves.

If you want to remain disciplined though you have to learn to take the losses and not beat yourself up over them. Sometimes the market moves against you for no apparent reason and at other times it can be due to unexpected news.

Becoming detached from losing trades and just moving on to the next one is a difficult skill to master, but again if you can do it you will be well ahead of most traders.

Stick to your process and don’t get phased by a loss. If you are following the advice above regarding sticking to bank management then a single loss or even a few losses shouldn’t impact you much at all.

Talk about being more disciplined as a trader can sound boring or the sort of thing that everyone would agree with in principle so not much thought is given to it.

However, it is crucial to success in trading and very few traders actually take steps to improve their discipline.

Changing a few habits though – such as those listed above – can yield big results. Think of it like running a business: you wouldn’t go wasting money willy-nilly or without planning (or if you did you wouldn’t be in business long). Spending would be done carefully and in accordance with a business plan.

Good luck with your trading and we hope this guide has been helpful.

What Does "Risk of Ruin" Mean in Forex Trading?
Dr Alexander Elder - Trading for a Living
Which Moving Average Crossover is Best?