Far too many forex traders lose money. While you might imagine that around half win money, while around half lose money, that couldn’t be further from the mark.

A large majority lose money. However, it is probably less than some of the scary figures that circulate. Some people used to claim that between 96% and 99% lose money.

It is not as bad as that as we shall show, but it is bad enough, too bad in fact. When people made those estimates, they had nothing concrete to go on. They were merely figures plucked from the air or based on surveys which tended to be inaccurate. But since 2018, we have been able to look at the real statistics.

In August 2018, new EU regulations came into force in Europe which required brokers to publish information on the percentage of their clients that lose money.

Brokers must display the information clearly on their websites. We look at the real statistics below and examine the risk of losing money compared with the failure rate of new business start-ups and gambling. As you will see, there are some surprising parallels.

As we have indicated, all online forex brokers in EU states (and the UK) must publish basic statistics on the percentage of their retail investors that lose money trading CFDs or spread betting. Although it could be worse, it does make slightly depressing reading.

Some examples at the time of writing are:

And the list goes on – there is little point in listing more, we are sure you get the message: trading financial markets is a risky business. Some are a bit better, and some are considerably worse.

The figures generally range from 65% to 89% with the average being just under 75%. Bear in mind that is a broker figure. As we don’t have data on how many clients each broker has, we can’t say that on average, 75% of retail investors lose money, but it will be a reasonably close estimate.

It is also worth noting that these figures are recorded at a strong time for the markets, whether that be stock markets, commodity markets or cryptocurrency markets. In general traders tend to do better when the markets are on the rise and reasonably stable. The figures around a year ago when markets were more volatile would have shown higher numbers, with closer to 80% of retail traders losing money on average.

So there is some fluctuation in these figures depending on the state of the market at the time, but generally we can say that over the long run, 75-80% of retail traders lose money.

Given these perhaps depressing figures, you might well be asking yourself if it is even possible for retail CFD traders to show a profit. Consider however that based on these figures, around 20-25% don’t lose money.

However, also consider that of these around a third (around 10% of traders in total) don’t make much money either. Instead, they tend to break even. So in fact only around 10-15% of retail traders actually make money. 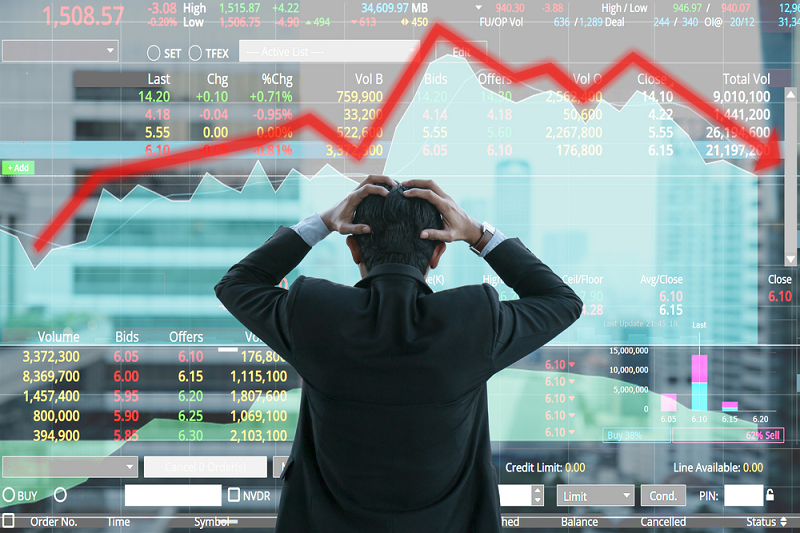 Why Do So Many Traders Lose Money?

Now that we have firm data on the exact number of traders who lose money with each broker, we can look at why so many traders lose money.

There are many reasons for it – probably too many to list here – but it is worth bearing in mind that traders have to overcome the spread and commissions to start with. That means you are giving away 1-2% on just about every trade you make – so your edge has to be bigger than that.

Even putting the costs of trading aside though, traders tend to make a lot of mistakes such as over-trading, risking more than they can afford to lose, trading based on their “gut” or the tips of some supposed “guru” on social media and so on. Only a small number actually have a successful strategy and even fewer the discipline to execute it properly.

How Bad is it in Reality?

So this all sounds pretty dire, but how bad is it in reality? Well that all depends on what you compare it with. If you view trading as a business venture, then remember that starting any new business carries a high level of risk.

Compared to this, trading would not appear to be quite so bad – although it is comparable. Equally, 98% of gamblers lose money so traders are considerably better than gamblers!

As a trader, you might fail faster than the average entrepreneur launching a new business venture, but if you last it out for the first three years, the chances are you will do better in the long run. Hopefully you will have learned from your mistakes and centered on a decent strategy.

While estimates vary, some people claim that around 6% of people who set out to become professional traders succeed. If that figure is correct, it isn’t wildly different from a new start-up. And it shows just how tough making a full-time income from financial trading actually is, despite what all the books and online courses may tell you.

The take away is that although it is tough to make money in forex trading, don’t be too disheartened. Thanks to the EU, we now know that fewer traders lose money than we used to believe. That in itself is good news.

Give yourself a better chance of being in the 15% of successful traders by checking our list of Winning Trading Systems here.

Bill Lipschutz Trader Profile
How Does a Carry Trade Work?
Can You Make a Living Trading Forex?