If you are new to financial spread betting or even if you are a seasoned trader, you will make the occasional mistake however hard you try not to.

Any trader who tells you they never make a mistake is either telling porkies or simply doesn’t realise when he or she is making a mistake. Not knowing you have made a mistake is probably the worst kind of error you can make.

If you are new to the game, then hopefully your error rate should decrease as you gain more experience, but then there is the danger of getting too complacent, which can often result in mistakes that can really hurt. We’ll come back to that one later, but first, we’ll look at a few others that are easier to avoid.

Failing to apply the basics of money management to your trades

Money management is easy – in theory at least. The cardinal rule is never risk more than you can afford and are willing to lose. But how much is that? Does it depend on your mood and how optimistic you feel on the day? If you have had a good run, do you feel you can afford to lose more so you become more reckless or, if you’ve had a lousy run, do you tend to reduce the size of your trades? Perhaps you do the opposite.

Either way, if any of these apply to your trading style, you are not alone. Many traders let their emotions sway their decisions rather than engaging the rational part of their brain. They prefer to fly by the seat of their pants instead of sticking to a well thought-out plan.

While we don’t want to clip your wings, that kind of roller-coaster ride might be a great way to trade if you are an adrenaline junkie, but if you’re going to profit in the long term, a calmer cooler rational approach is more likely to succeed.

You can start with a simple rule of thumb. A good one is “Never risk more than 2% of your trading account on any individual trade”.

Maybe you think that should be 1%, or 2.5%, or another amount; it’s up to you, but never go above your chosen percentage. Make the rule and stick to it. When you have a hunch and want to risk a little more, remind yourself of the rule and avoid being tempted.

Forgetting to make a stop-loss order

Think carefully about every aspect of your trade and when appropriate (and it mostly is) make sure you limit your potential loss. It’s just another aspect of money management. If you think you might forget, write it on a Post-it and stick it on your monitor. 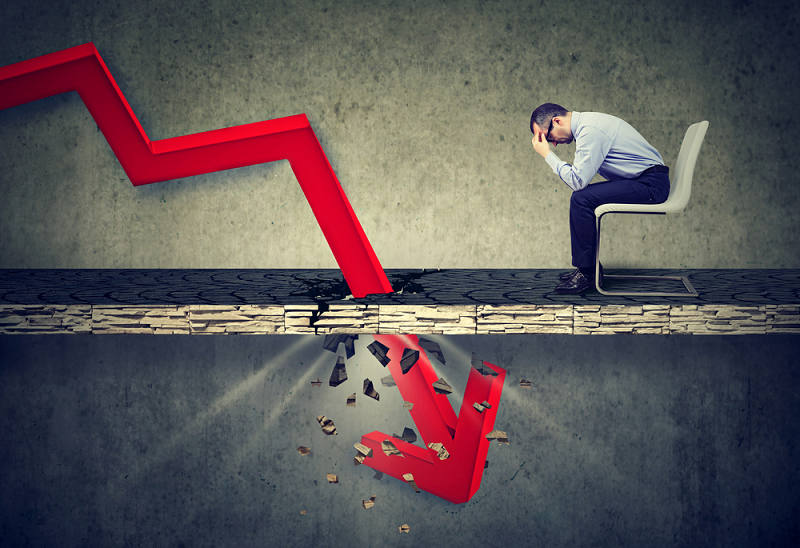 Leverage used correctly is a great tool. With it, you can make trades that allow you to profit on minimal changes in asset prices. You can similarly lose money quickly. However, leverage does provide many more options. Failing to understand how and when to use it is a big mistake and one that new traders frequently make. The main reason why novice spread betters get into trouble is that they are too highly leveraged.

This can have catastrophic consequences, as in the case of the Swiss Franc decoupling from the Euro in 2015 when a number of traders were far too leveraged and the huge move in the currency pair led to many of them – and even some brokers – going bankrupt. In effect people were risking tens or even hundreds of times more money than they could actually afford to lose.

In 2018 The European Securities and Markets Authority (ESMA) introduced new rules on leverage and margins to protect inexperienced traders from making significant losses. These rules were also adopted by the FCA in the UK.

The rules are probably a good idea though there are many dissenters amongst the spread betting community in the EU and UK who are affected by them. The new regulations rules limit leverage to between 30:1 and 2:1 depending on the instrument. Previously they were as high as 300:1. However, if you are an experienced trader, you can apply for professional status, which, if granted, removes the limits.

The key to using leverage is to only use an amount you can truly afford to lose if there was a big market move against you such as the Swiss Franc-Euro incident. Remember what leverage actually is – a broker lending you money to trade with. Make sure you can afford to pay them back.

We mentioned this in the introduction. Complacency is no less an enemy in financial spread betting than it is in many other aspects of life. Complacency can creep in when a trader has had a run of winning trades and starts thinking the game is easy; then starts placing outsize bets or placing trades without really thinking them through. The result is almost always painful losses and (hopefully) a lesson learned.

Another example of how complacency can impact your trading performance is the total unawareness of the fragility of major financial institutions before the 2007 financial crisis.

There was no shortage of indicators that dangers lurked ahead, and those who were smart enough to call them made a lot of money. The vast majority of traders had become complacent however after years of a bull market and did not plan for a crash in the market.

Even before the coronavirus, various analysts were suggesting there could be another global crisis in 2020. Don’t assume that things won’t change. They will. And when they do, there is usually an excellent opportunity to make a substantial profit.

Jumping in at the deep end

As everyone knows, if you jump in at the deep end, you will either sink or swim. In fact, with spread betting, it is far more likely to be the latter. The way to avoid these and many more costly mistakes is to do some homework and practice on a demo account before you dive in and start using real money.

There is plenty of information available, so make sure you read and take notice of it. There is a learning curve to climb before you can expect to make regular profits on financial spreads, but doing so is certainly worth the effort.

If you can avoid making all the mistakes above you will be well ahead of the majority of traders. You can also get ahead of them by checking out our Winning Trading Systems list. All the systems on the list have passed a live trial here at Trade Stocks & Forex.