Biotech stocks have enjoyed stellar headlines in recent years as new treatments and procedures have been developed for a range of diseases.

If a new drug proves successful in a clinical trial it can send a stock price soaring and deliver phenomenal returns for shareholders. Conversely if a drug fails a trial it can hit a stock price very hard. There are few sectors which have such binary outcomes and produce such huge stock swings as biotech.

Those swings present an excellent opportunity for trading however and understanding how to approach them is crucial to success. Below we will take a look at some biotech trading strategies and their advantages and disadvantages.

Some biotech success stories have become the stuff of lore. For example, the Motley Fool reports that investments in what are now Biotech giants like Amgen, Biogen and Gilead at their time of their IPOs and holding them to 2020 would have seen potentially life-changing returns.

These are of course returns from long-term stock holding over the course of decades, where as we are more interested in the potential of short-term returns from trading stocks.

The good news is that there have been some mightily impressive gains from clinical trial results of biotech stocks which have delivered strong gains in much shorter time frames. Small cap biotech stock Aquinox for example surged over 3,000% in 2015 following positive results of an early-stage trial of its AQX-1125 drug to treat bladder pain. 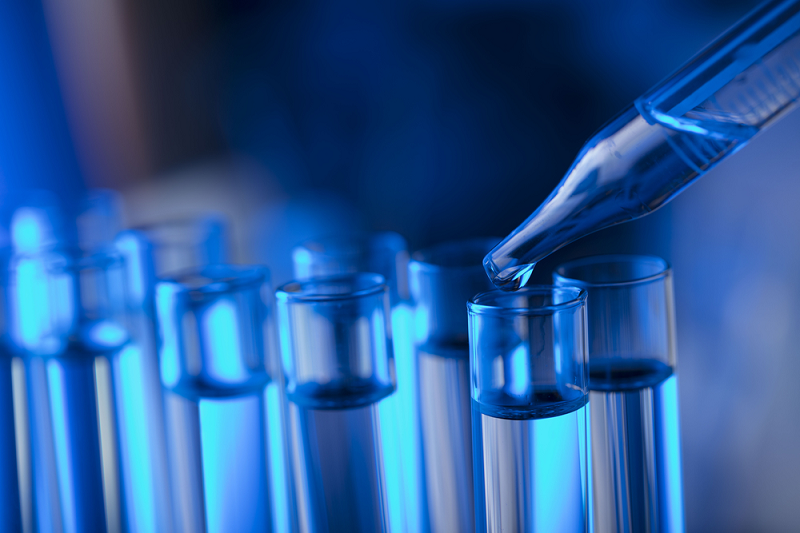 Such moves are extremely unusual however and are only really possible when a stock is priced very low to start with. For example Aquinox’s market cap was only $18 million prior to the announcement of its trial results. In most cases a positive announcement of a small-cap stock will see its price rise significantly, perhaps even double or treble as in the case of Edesa Biotech after receiving authorisation from the FDA to proceed with its dermatitis study. Equally you can see big swings down in stocks prices of small-cap biotechs on the failure of clinical trials.

Even with larger cap stocks you can see significant moves though on positive news, although the percentage change in the stock price will of course be much smaller.

Biotech stocks have such interesting potential for trading because they have numerous binary events which can result in huge swings in their stock prices. These events can be summarised as follows:-

These are just some of the events around which a biotech share price can move. There will also be other news including financial reporting, insider buying and selling, analyst reports and all the other normal factors weighing upon a stock price. However, it is the key news of clinical trial data and FDA approval that present the most significant trading opportunities, which is what we will turn to next.

The first biotech trading strategy we will look at is to trade the run-up before an announcement of clinical trial results or FDA approval. As discussed above, a successful trial can produce outstanding returns and be a game-changing event for a company, particularly if it concerns a small cap stock with a “blockbuster drug” – i.e. with revenues expected to be over $1bn per annum.

Clinical trial results are an event with an obvious and predictable impact on the stock price: a move upwards if the data is positive and a move downwards if the data is negative. Rather than “gamble” on the outcome of a trial however, this strategy involves trading the run-up to the announcement and closing the trade before an announcement is made. So the trader would buy well before the results of a clinical trial are due to be made public, perhaps up to a year in advance to give the chance of maximum gain and sell before clinical trial results are announced.

With all the excitement and anticipation of results, media interest and the inevitable hype that tends to go along with these big events, the increase in share price in the run-up to results can be quite considerable. Take the case of UK-based Biotech Immupharma for example: 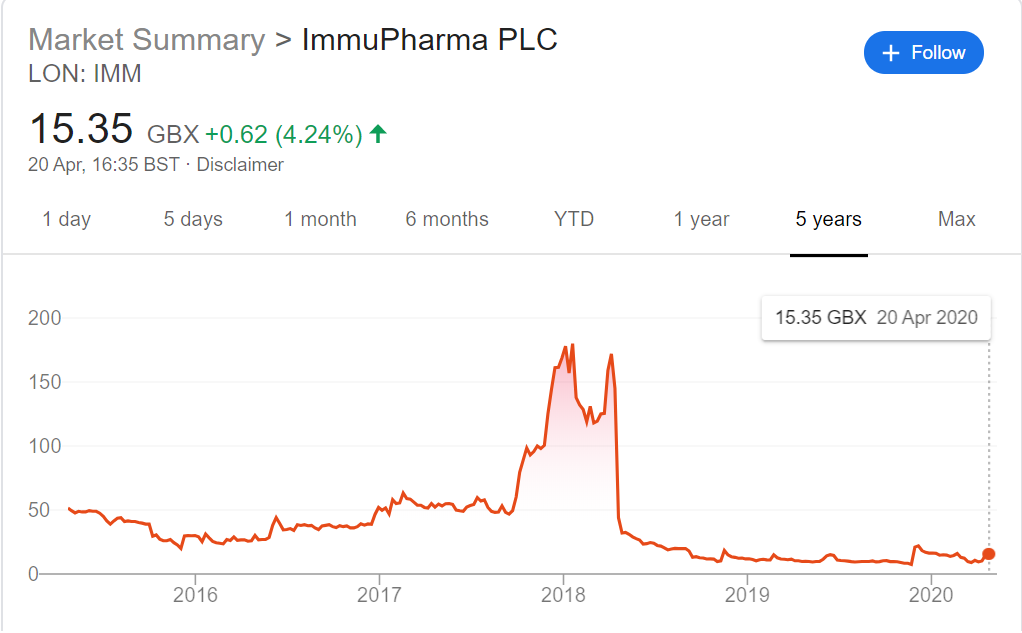 Immupharma was in the process of developing a potential treatment for lupus, a very debilitating condition affecting millions of patients worldwide, but without a cure and only limited treatments. In 2016 Immupharma entered a Phase III trial for their lupus treatment off the back of promising Phase II trial results.

The share price went from around 25p in early 2016 to over 170p in late 2017 in anticipation of the Phase III trial results being released in the first half of 2018 – representing over a 600% increase. Even buying late in 2017 at around 50p would have seen a more than three-fold increase in price by January 2018, quite a short time frame.

Those who sold before the clinical results were released would have made a shrewd decision as the drug then failed to meet its key endpoints in Phase III and the share price crashed down to 32p. In this sense it wasn’t necessary to take on all the risk of letting the position run into the trial results and at least a portion of the position, if not all, could have been sold to guarantee profits.

Clearly not every run-up to clinical trial results will be like this. Immupharma was in a fairly unusual position of being a small-cap stock with a promising drug candidate in a widespread condition with a high degree of unmet need. It received fast-track designation from the FDA and high hopes were pinned on it.

A much larger biotech with an existing portfolio of drugs will of course not see anything like this rise in a run-up to clinical trial results. In fact it would potentially take quite a lot to shift the price of a biotech with a market cap of $100 bn+, so moves will be more limited but can still occur.

This strategy is likely to work best then in situations like that Immupharma was in – a small biotech with a potential breakthrough treatment in a condition with a high unmet need.

Another strategy for trading biotechs involves looking to respond to an overreaction in price. This can happen when there is a positive news announced that often isn’t quite as good as it first appeared, once the details are assessed.

An example of this occurred with Gilead Sciences, whose price rocketed up in April 2020 after some preliminary results were released suggesting its drug Remdesivir could prove effective against COVID-19. Newspaper headlines and excitement on social media led to a surge in the stock price from $76 up to $88 in just two days. 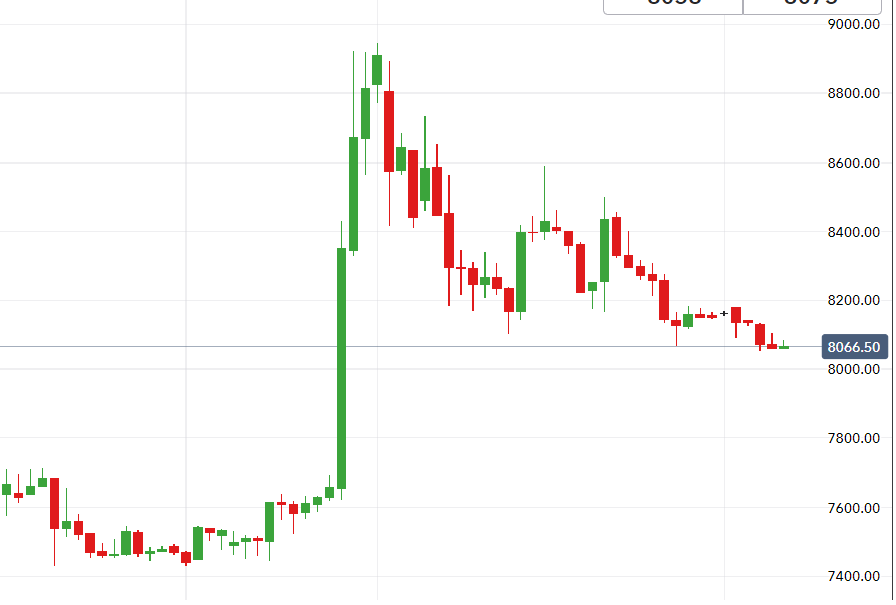 However, the reality was that the data was just preliminary and the drug had not been measured against a placebo in a controlled setting. Much bigger trials were needed to confirm the results. Once this was digested and the initial excitement died down, the stock fell back to around $80 over the next couple of days.

This can often happen when clinical trial results are released, when as this study found, “in the day immediately following the announcement, firms with positive events were associated with stock price corrections.”

So a potential strategy for trading biotechs involves assessing just how significant news really is and whether the increase (or decrease) in stock price is really justified.

The third of our biotech trading strategies is more simple and straightforward and involves “swinging for the fence.” This is where the trader takes the risk going into clinical trial results and allows the trade to run, weighing up the relative risk/reward profile.

For example, the trader might consider the upward (or downward) movement of the stock price to be worth the risk of the clinical result not going their way. So they might consider a stock price would more than double if results from a trial were positive, but that the chances of success are around 50%. Therefore they might judge the risk profile acceptable. 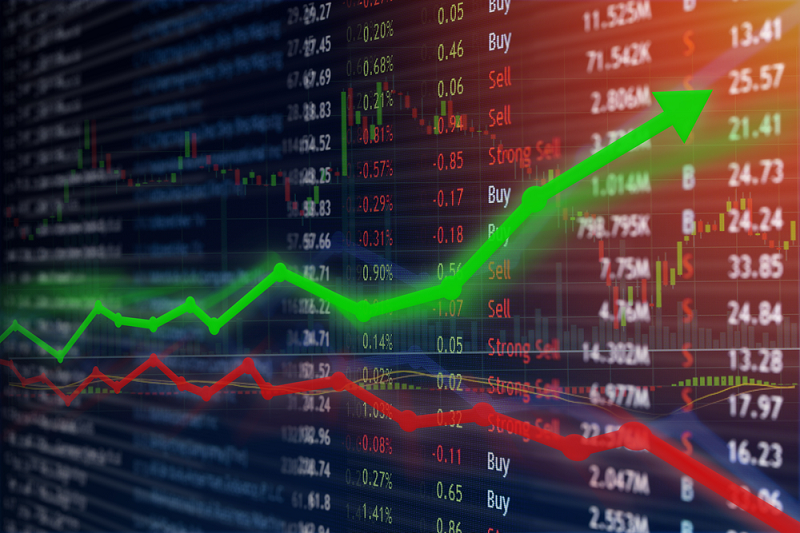 If you are considering adopting this approach, it is worth bearing in mind the data on success rates of the various stages of clinical trials, which this paper estimates were “61%, 38%, 63%, and 89%…for the probability of success for Phase I, Phase II, Phase III, and Approval, respectively, for all indications and drug classes, with an overall success rate of 13%, as based on a review of 8 publications encompassing data from 1993-2015.”

It is also worth bearing in mind that the chances of success tend to vary quite considerably by indication, with oncology for example having a lower success rate than most other indications, which this paper estimates at 8.9% but others have suggested is as low as 3%.

The other side of the equation is how much the stock price may rise or fall depending on the result. This is more difficult to estimate but it would be worth researching similar size biotech and pharmaceutical companies to the one in question and see what happened to their prices after clinical trial results. As discussed above, the smaller the market cap of the company, the bigger the move in stock price is likely to be.

Biotech stocks have earned the reputation for being some of the most volatile in the stock market – and for good reason. With binary events that can make or break a small biotech company, they can have some of the most extreme swings of any stocks.

However, that also means there is the potential to execute some trading strategies around these big events. We have outlined three potential trading strategies above, all of which carry risk to varying degrees. In trading these stocks it is vital to do sufficient research and to understand the underlying market the companies are operating in.

Armed with sufficient research and an understanding of the potential risk and reward of a trading position is the optimal position to enter such trades.

As with all trading of course, make sure you do your own research and follow a clear trading plan with stop losses and safeguards in place and if you use leverage to only use an amount you can afford.

Finally, best of luck with your trading, if you are using ex-dividend strategies or any other!